Pregnancy has long been a controversial topic. It was not that long ago that neurologists recommended to patients to avoid getting pregnant for fear of worsening the disease course. Much has since been learned. We can now confidently affirm that: 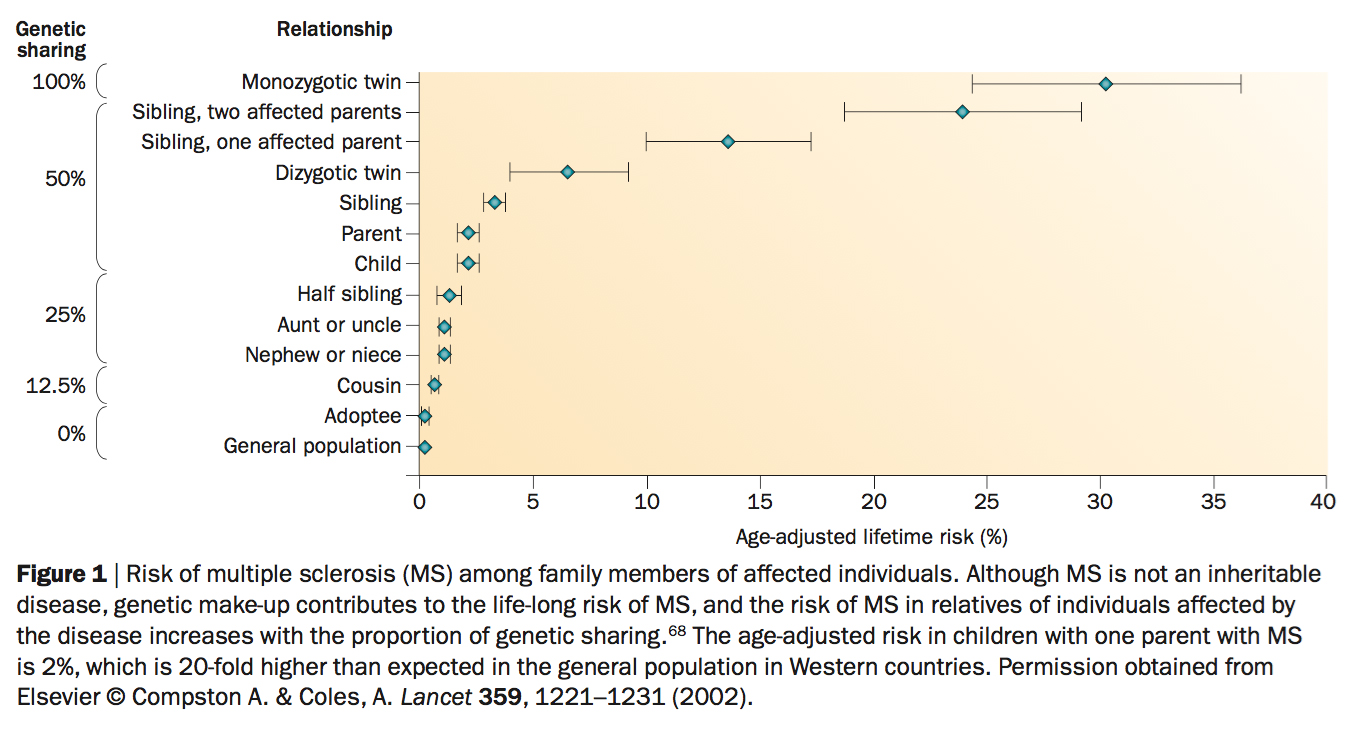 Table 1 lists all the accepted therapies, including some off-label therapies, with their FDA classification and instructions in case of pregnancy. Ideally, disease-modifying therapies, in order to reduce the risk of relapse in the mother, should be continued up until conception is confirmed. As of recently, only glatiramer, beta-interferons and perhaps natalizumab, can be used safely in this manner. Dimethyl fumarate has insufficient data to make any conclusion. All other accepted therapies have to be stopped several months before conception is attempted. 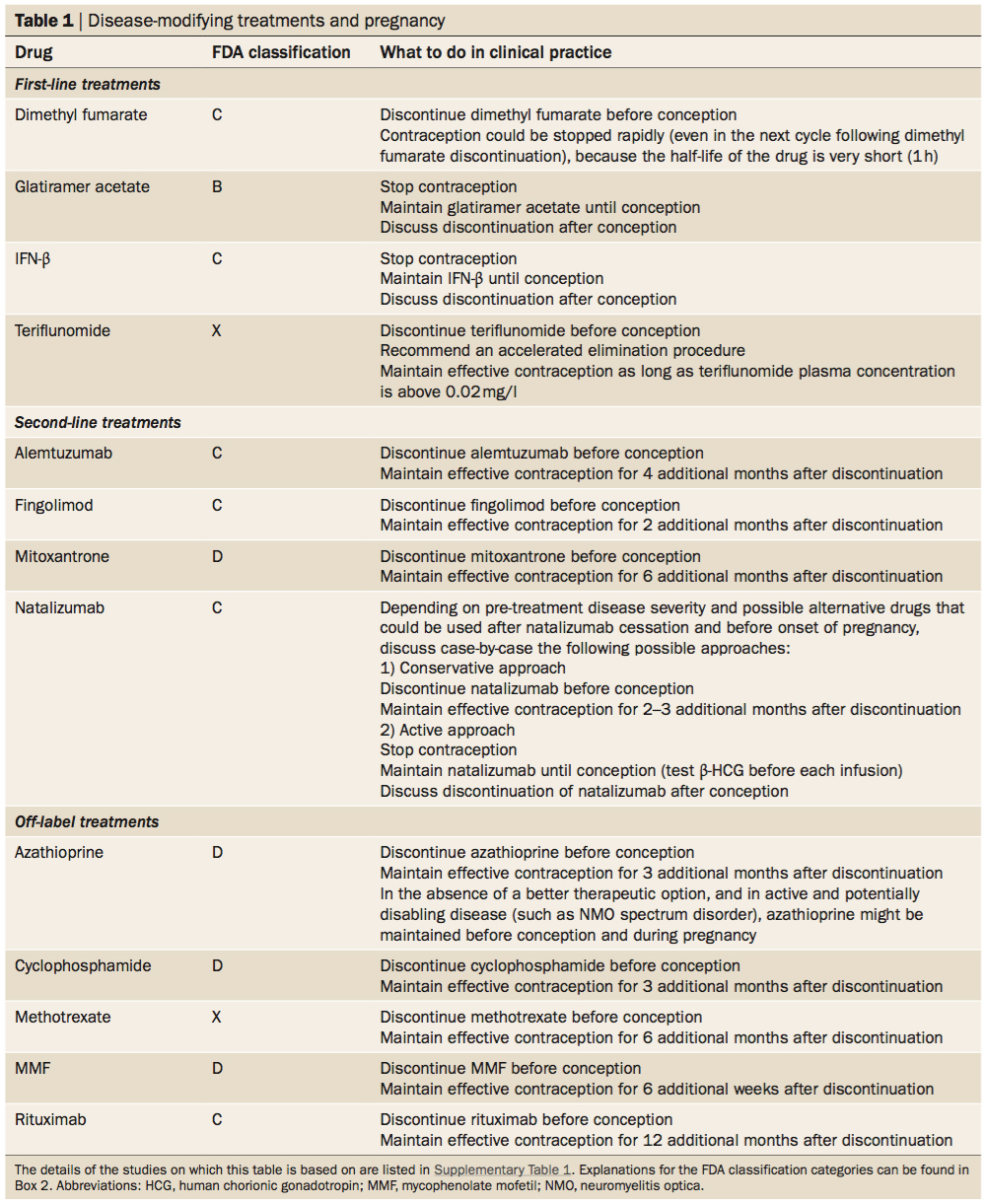 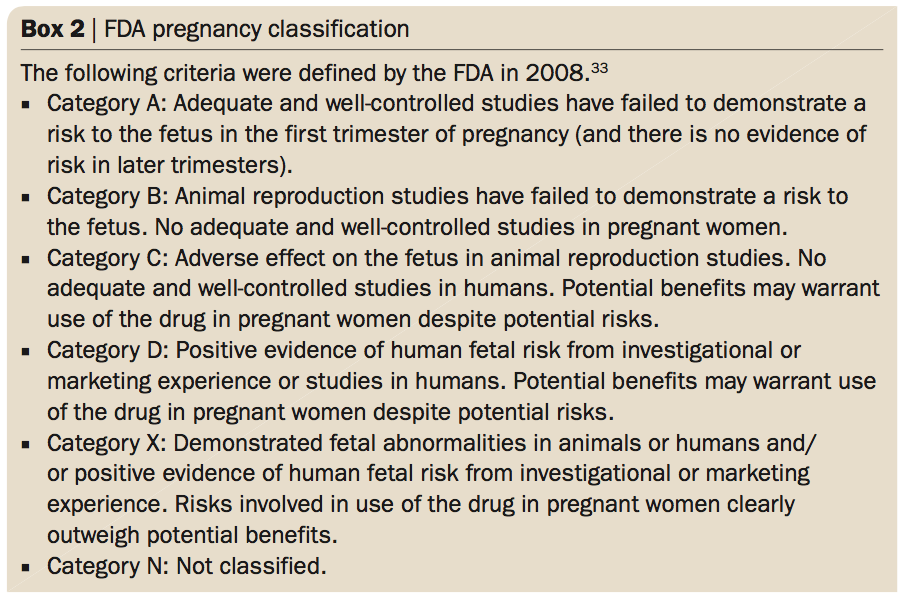 Safety of Immunoactive Drugs During Lactation 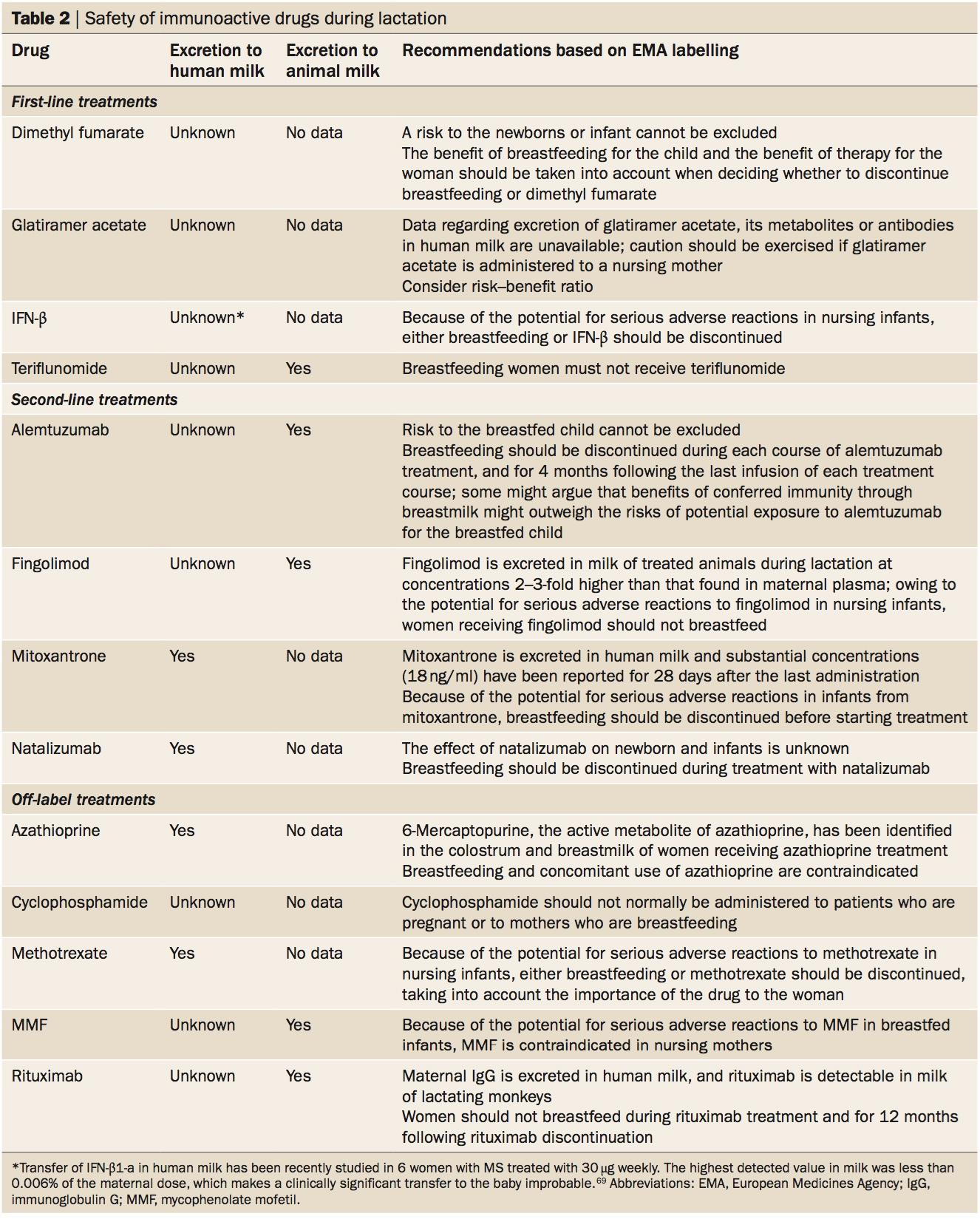